"The first year of the competition was successful and strengthened the confidence that this kind of event has a huge potential. Our ambition is to become one of the main destination for the best amateur choirs in the region of the Baltic Sea, making participation in this competition a sign of prestige and quality for any choir, as well as carrying the name of Jurmala and Latvia out into the world," says the artistic director and author of the competition, conductor Jānis Ozols.

The author of the Compulsory peace this year is the worldwide renowned Latvian composer Ēriks Ešenvalds. "Especially for this competition I have written the opus Lux aeterna - in the first version for a six-voiced mixed choir,  then for female and male choirs. Writing compositions for competitions I would compare to a work of a watchmaker - thoughtfully trying to combine artistic qualities with technical challenges so that each choir would have the opportunity to display their capabilities. Lux aeterna is a piece based on phrasing and legato singing," says the composer Ē. Ešenvalds about the new piece.

An international professional jury will judge the participating choirs. The members of the jury will be: American choral and orchestral conductor Brady Allred (USA), who has achieved many significant competition victories with his collectives, often appears as a guest conductor in festivals, works as a member and the head of the jury in local and international choir competitions, gives master classes; award-winning choral conductor, lecturer and composer Ambrož Čopi (Slovenia); choral conductor, lecturer, professor, initiator and artistic director of several international festivals Rolandas Daugėla (Lithuania); conductor Triin Koch (Estonia), who with her collectives has achieved local and international success. The fifth member of the jury will be from Latvia - composer, lecturer and organist Rihards Dubra, whose creative work is closely connected to sacred music and his works are being performed in many international festivals, competitions and concerts.

Competition will last for 3 days gathering all the participants in the Opening concert Friday night and offering the Semi-final competition parts on Saturday and Sunday in two categories. Sunday will also be the day of the Grand Prix Final competition, concluding in a Closing concert and ceremony with the special guests - local a cappella singing stars - vocal group Framest. Tickets to the competition events in advance are available here and in Biļešu Paradīze box offices.

Good news for all the choirs wanting to take part at International Baltic Sea Choir Competition, but not succeeding to apply on time. Taking into account the requests of several choirs, the deadline for applications has been prolonged until March 20!

Application for 2nd International Baltic Sea Choir Competition is open from today! To apply a filled out application form and the information required has to be sent via email to This email address is being protected from spambots. You need JavaScript enabled to view it. or in paper form by post. To download the application form click the image below!

Audio recordings of the Compulsory, Free Program and Grand Prix Final concerts made by Latvijas Radio 3 are available here. 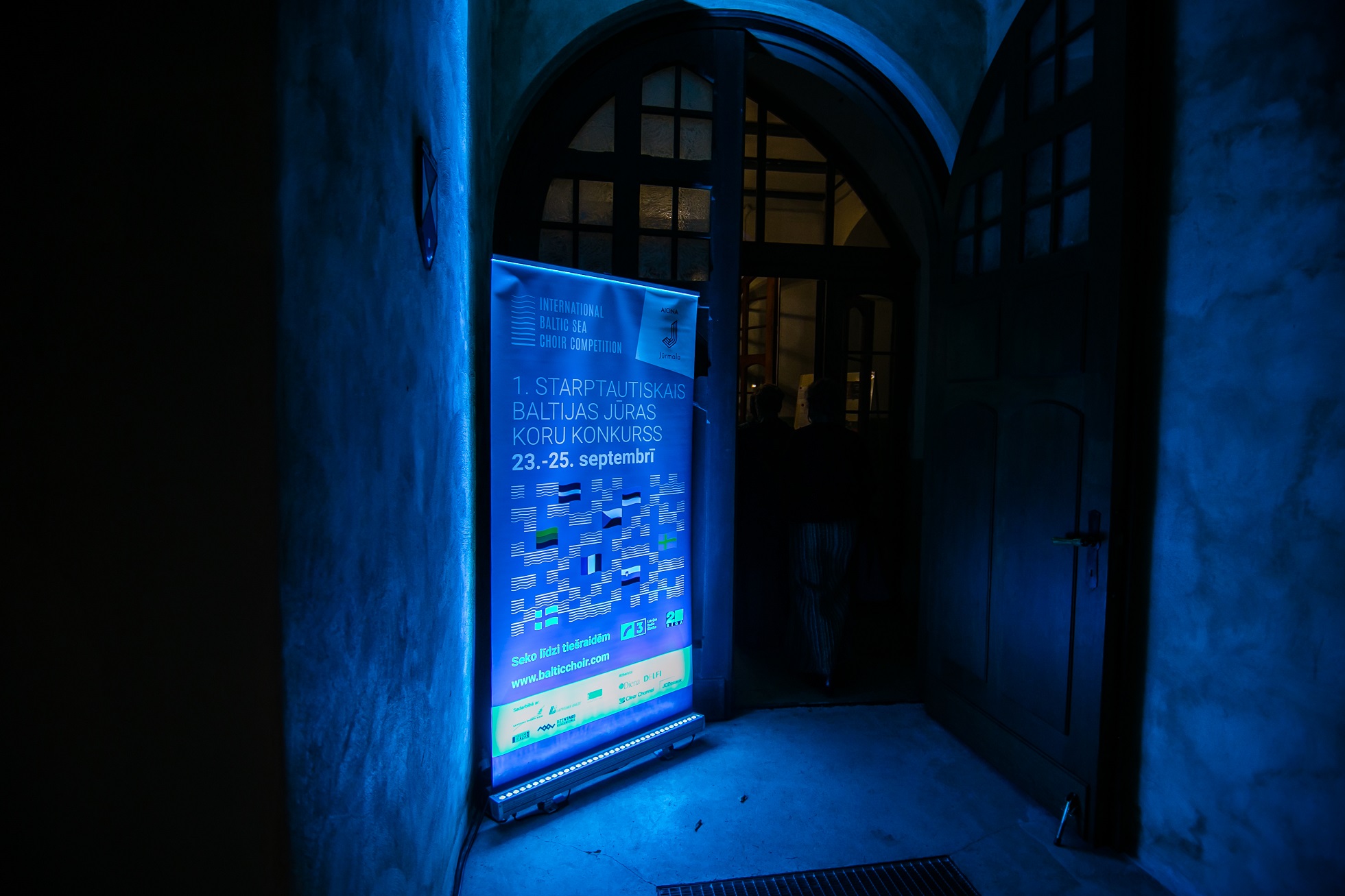